In April, the Public Service Commission conditionally approved construction on all five projects after sufficient customer demand is determined.

“When we are able to get customer commitments for 85-percent of a facility’s credit then we will go back to the commission and seek final approval for a modest ratepayer surcharge to help cover the project cost.”

Businesses and homeowners are becoming more interested in renewable energy as a way to offset utility bills and help the environment. Many industries and municipalities are also making the move to renewables in an effort to reduce greenhouse gas emissions.

“We have heard interest from customers, both residential and commercial, who really want to support renewable energy in the state and the economic development that goes with that,” Boye said.

A commercial subscription would equal a percentage of monthly usage, but is negotiable. Residential customers have an ala carte menu.

“You can sign up for $2-per month which is a cup of coffee and you’re supporting solar energy in the state, and doing your part to support economic development and those benefits that come with renewable energy generation in the state.” Boye said.

The program is a commitment, or subscription until the 85-percent threshold is reached for business and residential customers.

This would show up on customers’ bills by early 2024,” Boye said. “We do have to reach that 85-percent threshold and our hope is the we can start construction on our first facility by the end of the year.”

Mon Power and Potomac Edison estimate the total cost of the facilities at $102.2 million with annual operations and maintenance expense of $1 million to $1.5 million.

WETZEL COUNTY, W.Va. – Members of the Wetzel County Board of Education have accepted the resignation of an English teacher after allegations of misconduct with a student during a field trip.

No information has been released regarding what happened between the student and Drew Schmaltz during the field trip to Fairmont. However, Schmaltz tendered his resignation last week and it was accepted by the board during closed session on Wednesday.

Detectives from the West Virginia State Police are investigating.

MORGANTOWN, W.Va. – Bartlett Housing Solutions at Hazel’s House of Hope on Scott Avenue is back in business, and soon they’ll be back to full operations following a May 1 storm that ripped the roof off most of the building.

When the storm hit about 30 people in the building were not injured and evacuated to hotels or other housing options. Executive Director of Bartlett Housing Solutions Keri Demasi said clients in the upper floors have not been able to return, but all other clients have.

“We were able to move out triage clients that were displaced from the storm that were being housed in hotels back into the shelter,” Demasi said.

For now, new intakes cannot be processed due to continuing rook work above the entrance area.

“They have to put gutters and some other additional parts on the roof over the main entrance on,” Demasi said. “I know they’ve been working diligently and MCR (Morgantown Community Resources) has been in communication with us and keeping us updated.”

While repairs were being made to the facility the work of Bartlett continued. Demasi said the Fairmont-Morgantown Housing Authority has helped with emergency vouchers to help some of the clients.

“Our case managers have been working around the clock to identify housing units within the community to get people moved in,” Demasi said.

Over the 24 days since the storm, Demasi said there have bee some long and uncertain days as work went on. She said the outpouring of support from the community has been very important to the clients and keeping the organization in operation.

“Sometimes when you deal with adversity it really allows an organization to show what they’re capable of,” Demasi said. “Our team of folks has really come together and we’ve seen amazing response from the community.”

Staffing issues have also hit the social service sector. Demasi said they have an immediate need for staff at all positions in the shelter. The shelter operates 365-days a year and has a variety of opportunities for people to help in the community.

“Ongoing staffing shortage and Bartlett is in desperate need of triage assistants to help work in the shelter,” Demasi said.

U.S. Attorney Bill Ihlenfeld said Villers conspired with an inmate on multiple occasions to smuggle tobacco products into the facility.

MORGANTOWN, W.Va. – A Morgantown man is being held in the North Central Regional Jail after being arrested for impersonating a police officer.

According to a report from the West Virginia State Police, John Chesire, 50, called the WVU Police Department on January 27, 12 times and identified himself as a state trooper with badge number 182. Chesire said he was calling to file an officer complaint.

The next day police interviewed Chesire and he admitted to making the calls and that he was unemployed. Police say Chesire has never been a sworn police officer in any jurisdiction.

Chesire has been charged with impersonating a police officer.

KINGWOOD, W.Va. – The Preston County Sheriff’s Department is investigating the discovery of a body the Cheat River.

The man’s body was discovered in the water Friday near the U.S. Route 50 bridge near Macomber. Police were not able to determine how long the man had been in the water.

The body was sent to the state medical examiner’s office to make a positive identification.

Anyone who may have information is asked to contact the Preston County Sheriff’s Department at 304-329-1611.

BUCKHANNON, W.Va. – The National Endowment of the Arts has approved a $10,000 grant to the World Association of Marching Show Bands (WAMSB) 2023 Buckhannon Host Committee to support the 2023 World Championship in Buckhannon.

The WAMSB 2023 World Championship was one 1,125 projects across the country that qualified during the second round of Grants for Arts Projects. The National Endowment for the Arts has invested more than $26.6 million into similar events this fiscal year.

“The National Endowment for the Arts is proud to support arts and cultural organizations throughout the nation with these grants, including the WAMSB 2023 World Championship. said NEA Chair Maria Rosario Jackson, PhD. “The arts contribute to our individual well-being, the well-being of our communities, and to our local economies. The arts are also crucial to helping us make sense of our circumstances from different perspectives as we emerge from the pandemic and plan for a shared new normal informed by our examined experience.”

So far, 47 bands from 24 countries have submitted applications to participate. The city and region are preparing for the international attention, according to WAMSB 2023 Buckhannon Host Committee President Randy Sanders.

“We are beyond excited that the National Endowment of the Arts approved our grant application for funding. Every dollar gained is another dollar that will help the city of Buckhannon put on an unforgettable international event. We can’t thank the agency enough,” Sanders said.

WESTOVER, W.Va. – Detectives in Westover are looking for tips from the public to fnd those responsible for the theft of circular brass dyes.

Investigators believe the thefts took place in April or May from a Westover business by someone possibly driving a 2005 or 2006 Ford Focus. 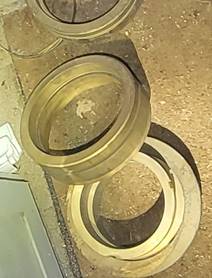 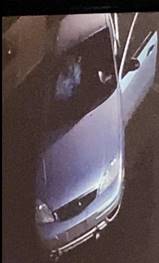