Jason Knight has lived in lots of different places. He grew up a in rural Indiana spending most of his childhood grounded from TV and hanging with his friends (his parents called them “bad influences”). That left Jason with nothing to do but write short stories and read a lot of comic books while becoming a self-professed super nerd. Jason has worked in Kentucky, Illinois, and West Virginia is where he currently calls home. Jason owns a Mobile DJ service and once used the name DJ Spike (went through a “punk rock hair” phase). These days he just uses his real name.

Radio became Jason’s destination for life in fourth grade. In high school, Jason flipped burgers at McDonald’s and tried selling you batteries & speaker wire at Radio Shack. Jason tried telemarketing as a fast track to the Broadcasting industry but realized it was only a step up from the headset at McDonald’s.

Jason is married and has a son with his wife, Lori Beth. He popped the question at an IHOP spelling out “Will You Marry Me” in bacon cheddar fries. She said “I’ll think about it” and ate his fries. If he wasn’t in radio, Jason would likely be a WWE commentator. Or managing that McDonald’s he worked at in high school.​ 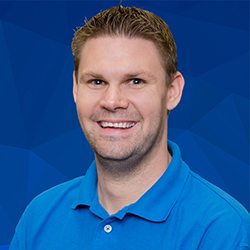